The good ones are not  ’a bit odd’

I write this blog post in defense of employees in general.

In my work as a leader, I have heard or seen people cover for negative behaviors too many times now. So have I heard?  Well, too often I have heard people say things similar to these:

”Well, you know, the really good ones are often a bit…[odd/special/negative/etc].”

”Yes, we have had issues around that individual for some time now
and we know that it is causing lots of frustration for others, but right
now we have no one else who can fill those shoes.”

To me, saying things like these shows that the person saying it – or perhaps even that entire company – has a view on management and people that can have negative and long-lasting effects.

The situations created may take months or even years to correct. And the situation often hurts people until it is made to stop. Hopefully, most people would agree that we should always do our best to make sure that we treat people well and we should strive for equality, regardless of …well, everything really. We should also allow people be different in many ways, because humans are different from each other.

Sometimes, though, I have seen companies take this too far; going beyond allowing people to be different and starting to accept negative behaviors from some individuals, even though it is detrimental to productivity, to workplace satisfaction and to the well-being of other individuals.
Why? Because the individual with the negative behavior is believed to be ”very good”, a ”hero”, ”hard to replace” or something along those lines. The negative behaviors can be (but aren’t limited to) things like:

Often being agitated to the point where others feel uncomfortable.

Talking too loudly or even screaming around the office,
thus showing no respect for the needs or feelings of others.

Always trying to win arguments instead of talking or
discussing in a more pleasant and productive way.

Using knowledge as power and not sharing it.

Referring to people without some particular knowledge as ’no good’.

Calling anyone not immediately agreeing with
something ’uninformed’, ’stupid’ or ’bad’. 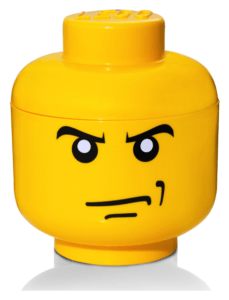 So what can be done about it?

Act. Work with the individual. This is not easy, but it is definitely something that management is responsible for.

At this point, someone might argue that ”we can’t change who we are!”. I agree with that, but that is not at all what this is about. I am talking about behaviors. We can all control and change our behaviors, unless we are unwell. Sometimes it is easy, but more often it is hard – or at least it takes some time and effort. The fact that it may require some effort should not be seen as an acceptable reason to not even try. If someone needs some time to learn or to change, that’s fine. Needing some help is also fine. We should of course provide that help to people.

If someone doesn’t listen to feedback or doesn’t want to change negative behaviors, well, that is not fine.

Can we have some ground rules to avoid this?

Of course, how about starting with these?

A. Each individual is responsible for his/her own behavior.

B. Management should not allow destructive behaviors to exist just because
an individual is ’important’ or ’is the best we have at X’ – or something to that effect.

C. Management should not give free rein to individuals that cannot understand
and control their own behavior, just because that individual ’is like that’.

D. Management has an obligation to protect everyone from harm at work.
This includes negative behaviors from co-workers.

E. Results from personality type tests should never
be used as an excuse for negative behaviors.

Why does it keep happening?

Why does these issues pop up as often as they do? Why are the individuals displaying these behaviors allowed to continue, even after it is brought up as an issue by other people?
I can see a few reasons why this might happen and sometimes there is more than one reason behind it. Here are a few ideas:

If the individual displaying a negative behavior is lacking self-awareness,
he/she might argue forcefully that nothing has happened, that nothing
bad was said, that everyone is happy, etc – and if the manager
responsible for handling the issue is usually disconnected from
the team and from their everyday work, that in turn makes the
manager more likely to believe the individual.
Also, believing the individual means less work for the manager.

If a disconnected manager is responsible for handling the issue has chosen
to only act on his/her own observations (of which there can be none),
often nothing will be done.

If the manager responsible for handling the issue chooses to believe only
what is statistically likely, things could turn bad, since it is unusual for
individuals to behave in a very negative way.  Thus, it never happened.
… and since the manager didn’t believe it or act on it last time,
it probably isn’t true the next time either, right?

If managers don’t know how to find and recruit people with tech skills
as well as social skills, it might lead to a situation where the company view
of acceptable behavior slowly changes, based on the behaviors displayed by one
or more previously recruited individuals  – with too little self-awareness.

If the manager responsible for handling a behavioral issue is inexperienced,
he/she may just not know what is required or how to do it – or perhaps the
manager is also intimidated by the bad behaviors. Get some help.

Why does it matter?

People get hurt, that’s why.

…and since productivity usually takes a hit too, there is
more than one good reason for companies to act.

It’s very common for the effect to be that all the other employees get less attention
and support, because so much time and energy is spent on handling bad behaviors.

How can we help each other?

Discuss, learn and act.
Agree on some ground rules.
Involve someone trusted from management.
Support each other and challenge negative behaviors together.

It takes all kinds to make a world, but…

…we should not call negative, abusive or
destructive behaviors ’’odd’ or ’a bit special’.

…we should never connect a negative behavior to
professional expertise and force other people to endure it.

…we should not make excuses for bullies and abusers.