Do you often need to communicate what you think are facts or what the current state of a situation is?
…and do you still not get the expected results or reactions from other people?
Then you might want to

It has been said before. We too often fail in our communication. Communicating is often praised and seen as a good thing, but insufficient, badly packaged or badly timed communication can easily run us off the tracks and the message may get lost.

We could all choose to always just say what is on our minds; what we believe is ’correct’ or ’true’. If we do things that way, we should not be surprised if we don’t get the reactions or results we want. This is because we just chose to empty our brains through our mouths, what you might call a brain puke. When we do so, there is often no forethought. There is too often not a trace of a plan or a goal with the communication or any thought given to how and when things were communicated. And sometimes not enough respect is shown for the recipients or their needs.

”Just saying what you think is the same as doing a brain puke.”

In one company, an internal support process was needed, so the support department set out to create one.

They created a web form and a slightly weird support mail address that noone could possibly remember. During a company breakfast, the process was presented as a matter of fact and when the intended users still dind’t use the process, the complex web form or the weird email address, the support department just couldn’t understand why.The problem was of course partly the lack of care for users’ time and experience, but also the lack of clever communicatrion around the new support process.

In another company, there were some technical issues that affected the business and many employees in a bad way.

The tech specialists were working to fix it and were doing a good job, but the work took a lot of time. One thing the lead specialist couldn’t understand was why people so often demanded to know what was going on, and why he should adapt to that even though there was nothing new to say – because the problem wasn’t solved yet. People were asking for updates all the time and sometimes even questioning the work being done.

One part of the problem was that there was  reluctance to communicate anything until everything was 100% certain, but nothing is 100% certain until problems are already solved and by then no more communication would be necessary. There was not enough thought given to people’s need to plan around the issues and the delays to make the most of their own workdays.

Another part of the problem was that there was too much focus on communicating what had been done and what the current state of things were. That is all good, but there was too little about the next steps and what scenarios there were.

When some clever communication was introduced, people felt well informed and were calmed. They became more positive and were more supportive of the work being done.

In yet another company, the CTO was frustrated because the development department was shrinking and he felt that ’management’ didn’t invest enough money or time to grow the development teams or solve the organisational issues that existed.

It was clear that the CTO was technically skilled. He was verbal, too. He wanted things and had some ideas, but he didn’t communicate any of those things in a clever way. There was no plan or strategy, no clear ideas, proposals or alternatives.

The CTO blaimed ’management’, but he probably forgot that he himself had a C-level role that came with a lot of responsibility and required more than just tech skills. Leadership was lacking and communication wasn’t great.

When a new CTO was brought in, the technical issues still needed to be handled, but the CEO and ’management’ were suddenly very open and supportive towards change and growth – and clearly open to investing more in that department.
Why? Well, the previous CTO communicated, but not in a clever way. He often said what he felt was true, correct or obvious. He stated things and didn’t care much about how the communication was received. The new CTO, on the other hand, communicated many of the same needs, but combined with alternatives, ideas, calm reasoning and plans. All of it in a more positive way.

The new CTO also clearly cared about the rest of the organisation and not just her own part – which is an important part of having a leadership role, especially a C-level one.

All of this instilled confidence in the CEO and the rest of top management. The previos CTO had often mentioned all the technical issues and needs that the company had, but he wasn’t really listened to. After presenting the same problems to the board and to top management, the new CTO was congratulated on a great job. Why? Because everything was communicated in a more professional way that signalled competence.

It was clever communication.

So what is clever communication?

Think about what it is you want to say. You may want to give this some time so that you feel confident that you haven’t forgotten anything. This is your message.
Now put that aside, because you probably shouldn’t say that.

Well, just saying whatever you have in your brain would be a what I call a brain puke. There are several other things you need to think about first, before you begin to communicate your message.

Clever communication means doing what you can
to make sure the message is well received,
understood and hopefully even liked. 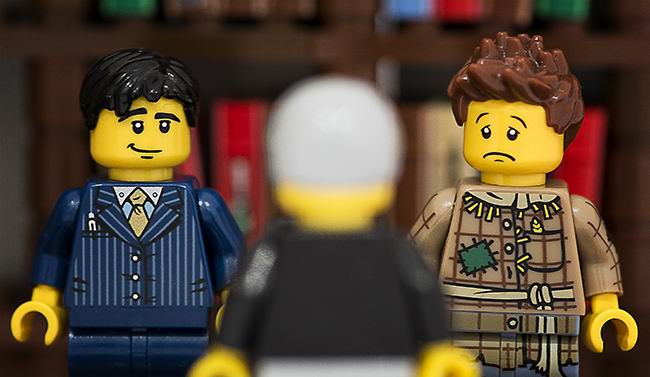 The same message can (and will) be received differently by different people.
Learn why and adapt to that.

Start by thinking about this

What is it you actually want to achieve?
’Winning’ is usually not a good idea. It’s better to make friends and build alliances.
How can you adapt your message to maximise your chances of reaching your goal?
Do you want the recipients to accept a plan? Invest money? Change the organisation? Help with actual work?
Claiming in an arrogant way to know best or stating demands is usually not a good way.

What alternatives, reasons and steps are there?
How can you adapt your message to show yourself as insightful and competent? How can you show that you have good ideas with alternatives? I mean, instead of just demanding things or stating ’facts’.

What is is a good way of communicating your message?
Email? Meeting presentation? One-on-one discussions? A workshop?
All of the above?

When is a good time to communicate things?
Who needs to be there for it to work best? Should it be part of a generic weekly meeting or would it work better as a one-off, thus indicating that it is a bit more special? Would you like to have time for a Q&A around your message, or is it just one-way speech?

How will you prepare?
You probably know that you should prepare, right? Good, but can you also prepare the recipients? Can you prepare them beforehand, to smooth the delivery? Can you build any alliances before you communicate things, so that people aren’t negatively surprised and maybe even already onboard with your suggestions?

Would you like your message to be received with a ”Thank you”?
Then you should care about clever communication.

The core of the message can still be the same,
but you will get better results sooner
if you practise clever communication. 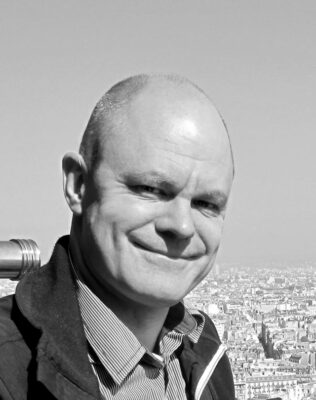